This is the Phoenix Edition with improvements of speed, compatibility and accuracy to the emulation on the DSi. It also added new features such as instruction manuals and high score support.

Note: To use this emulator, you must use compatibles rom with a26/bin format.

DIDL patch the StellaDS.nds file depending on the flash card (if it does not have auto-patching).

Copy it into a directory of your flash/(micro)SD/MMC card.

Put the a26/bin files where you want on your flashcard. If you are using Twilight Menu++, you may need to rename the .bin to .a26 in order to use.

When the emulator starts, click on the cartridge slot to choose a file.

Use Up/Down to select a file, then use A to load it.

See Comatiblity.txt for the list of the supported ROMS.

Generally these are going to be NTSC No-Intro roms (mostly developed for American market in the early days of video games).

PAL roms (that were later ported for Europe market) may cut off at the bottom of the screen and may not run at the right speed.

In other words while PAL is supported, you are generally going to get the most genuine Atari 2600 experience with NTSC roms.

Use Stylus on buttons for other actions on bottom screen. 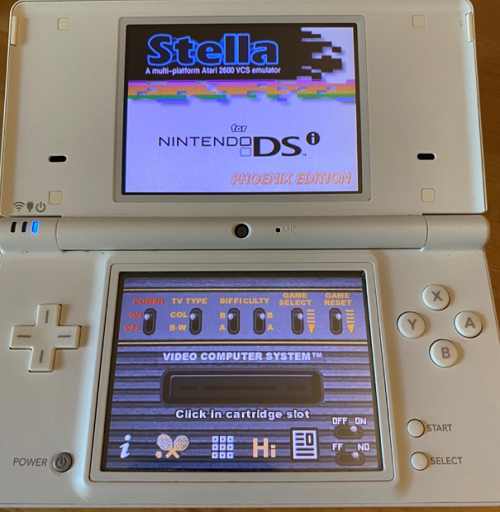 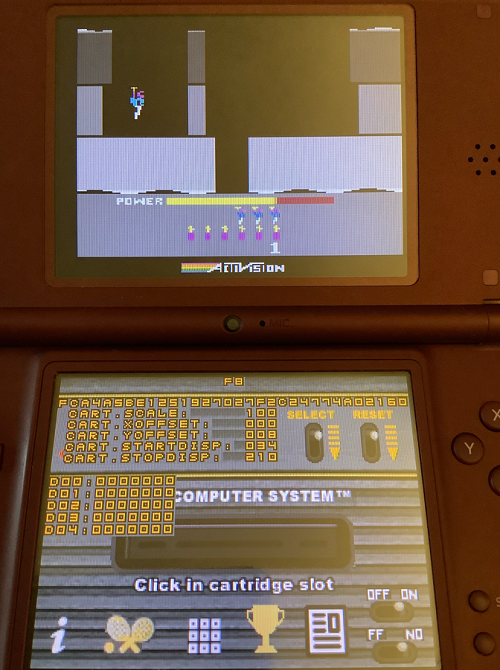 DPC+ games can't be emulated, that requires a coprocessor running at 70MHz (more than the speed of an original DS).