This is a ColecoVision emulator for the Nintendo DS.

It was submitted for the NEO summer coding contest 2006 (winner).

Note: To use this emulator, you must have compatibles ROMS with .rom or .col extension.

Put your COL or ROM games where you want. You can't have more than 255 ROMS at the same time.

Stylus - Simulate the Coleco controller (0 to 9 buttons, * and #) shown on the lower screen

Select - Same as the #2 KEYPAD

Save Stats - Save current state (the filename will be the same than the game with .STA extension) 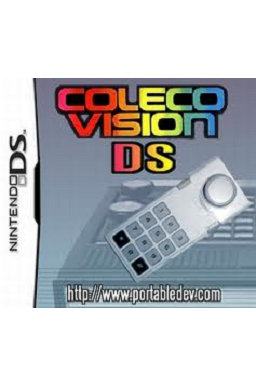 Special thanks to Lobo for the V2.0 design.

Huge thanks to Marat Fayzullin for ColEm, without it this emu would probably never have been made.

Also, Huge thanks too to the MESS team for the informations on Coleco shipped in their emulator.

And, Big thanks to chishm (Michael Chisholm) for his FAT driver.