Rick Dangerous II DS is a port of the adventure platform game Rick Dangerous. This homebrew is adapted from the PC version made by Foxy, which itself is based on the Atari ST version of the game.

All levels are present and come from the Atari ST version. The sounds and musics are also those of the Amiga version.

More information can be found here.

The Adventure continues... Back In A Flash And As Fearless As Ever!

Rick Dangerous, intrepid Super Hero and part-time stamp collector is back after having tackled the Fat Man in his first great adventure. The Fat Man has returned and Rick must once again do battle to save the Earth from villainous aliens. If he survives the first part of the mission in the space ship at Hyde Park, London, Rick will face new hazards in the Ice Caverns of Freezia, the Forests of Vegetablia, the Atomic Mud Mines and, finally, confront the Fat Man at his headquarters on the planet Barf.

These may be dropped in order to trigger traps, blow away walls, enemies and generally do lots of damage, allowing our hero to continue his quest. Being very dangerous, Rick must get away from them if he is to avoid being blown up! These have the added advantage of being able to be slid by Rick across the floor and over edges.

Rick has his two fists, guaranteed to momentarily stun any enemy. He can also punch switches on walls to trigger lifts, open trap doors and switch off lasers.

This fires laser bolts! There is no limit to the number of shots that the gun holds. There will be the occasional container that Rick can pick up, enabling him to replenish his supply. Use the ammunition wisely. Remember that the ray gun can be used to activate some traps as well as to shoot the enemy.

There will be hidden traps along the way. To avoid traps, be resourceful. The traps are devious. Rick may need a punch, ray gun, electronic detonator or simply his wits to survive, depending on the nature of the trap. There are no instructions as to how each trap is triggered or avoided so be careful and think ahead. Things are not always as they seem...

One Last Thing... Once he manages to complete a level, Rick's supply of laser bolts and electronic detonators will be automatically replenished and Rick will gain an extra life before starting the next level. 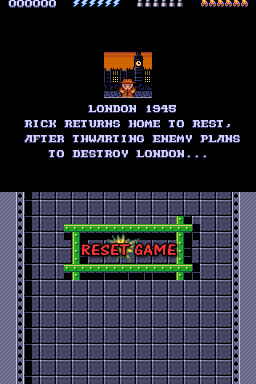 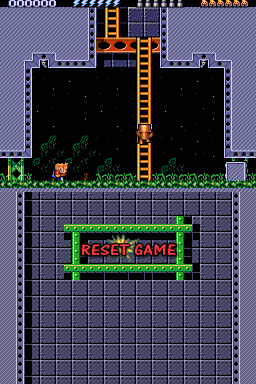 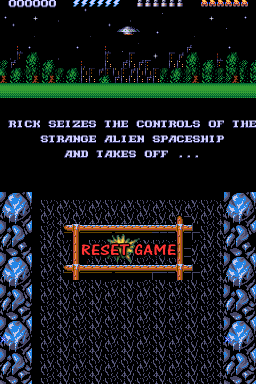 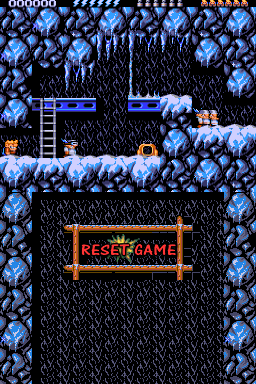 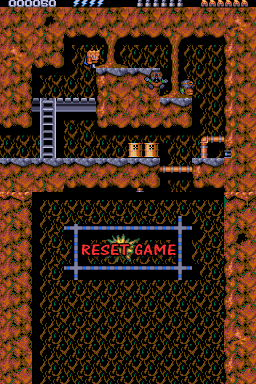 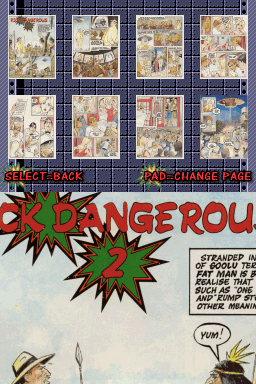 If the game won't launch with your linker, try to use hbmenu. This is because this game uses nitrofs.

Wintermute for devkitpro and libnds.

Thanks Foxy for source code and beta tests