Gostop DS is an apdaption of Korean card game, also called Godori. The game is played with flower cards called Hwa-t'u (known as Hana-Fuda in Japan).

After unzipping, there are 3 files. Choose the appropriate file for your device (usually you just need to copy GostopDS.nds file).

No need for DLDI patch as no files are used.

In Gostop DS, it uses the standard deck of Hwa-t'u which consists of 48 cards and 1 blank card (similar to a joker).

GoStop is usually played by 3 players. Whoever initiates the game will be the first to play in GoStop. However, the winner of each session gets to play first in the subsequent game. The play goes counterclockwise:

The game is about matching and scoring:

Then, draw the top card from the stack and see if there is a matching card on the table:

Whoever gets 3 points or more first can call for Go or Stop as the name of the game alludes to:

The game has 2 difficulty options (Easy and Hard). If you select Hint from the options, a green square is displayed in the lower right corner of your hand on the right.

Due to the nature of the content, this game is for the age of 19.

For the fun of the game, the voice is supported. The male voice is the other party's voice and the own voice is female. Also, the tile is not marked.

Since the correct score comes out well, dummy double skin is not supported, and only hard characters are displayed when setting hints in the options. 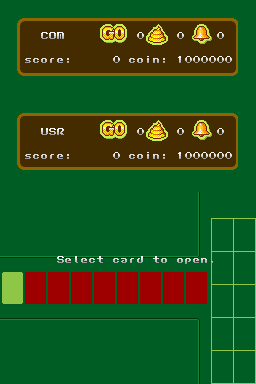 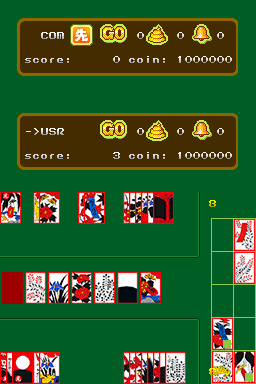 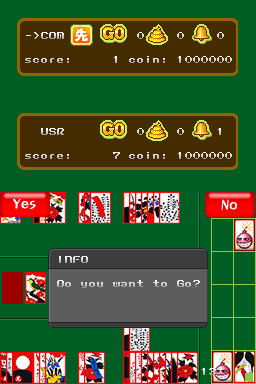 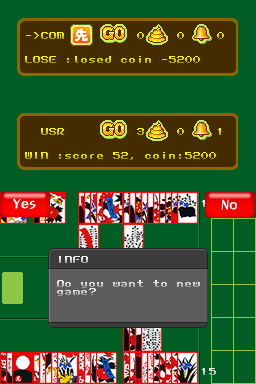 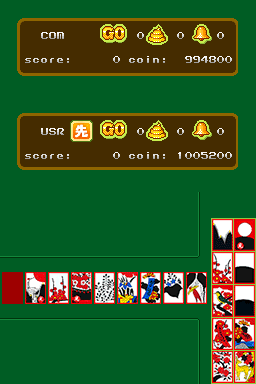 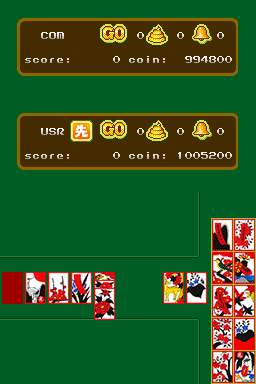