Flashback DS (originally named REminiscenceDS) is a port of Reminiscence engine for the Nintendo DS and DSi. It has support for the PC CD SEQ movie files and is faster than previous DS versions.

It was entered into the 2009 best DS homebrew contest.

Note: To play this game, you will also need the original game files.

Once you have obtained all the required files, download FlashbackDS and extract archive.

Create a directory at the root of your card named FLASHBACK.

Put all the original game's datafiles in the directory named FLASHBACK.

You need to prepare the original game datafiles of the PC (DOS or CD) or Amiga release. You can use French, English, German or Spanish version.

If you have a version distributed by SSI, rename the files and drop the ssi suffix (e.g. logosssi.cmd -> logos.cmd).

Below are the datafiles you will also need in for bgm and sounds (optional). 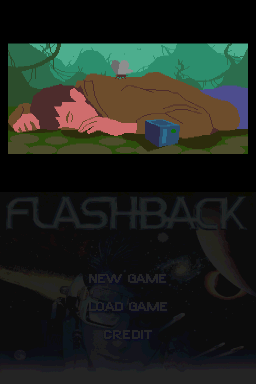 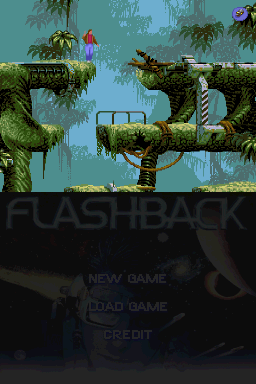 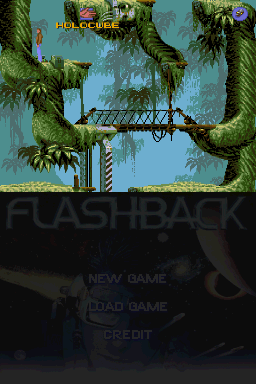 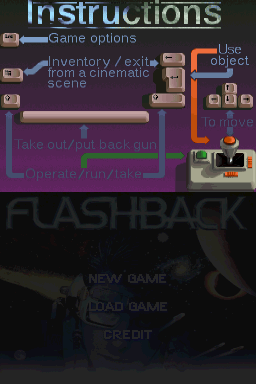