EmuNAND9 is an open source EmuNAND SD formatter & manager for the 3DS console.

Note: This is discontinued. While it most likely still works for everything that you want to do, bugs will no more be fixed. It is recommended to use GodMode9 instead.

EmuNAND9 can be built to run from a number of entry points, descriptions are below. Note that you need to be on or below 3DS firmware version v9.2 or have ARM9loaderhax installed for any of these to work.

X - Make a screenshot (works in menu only) 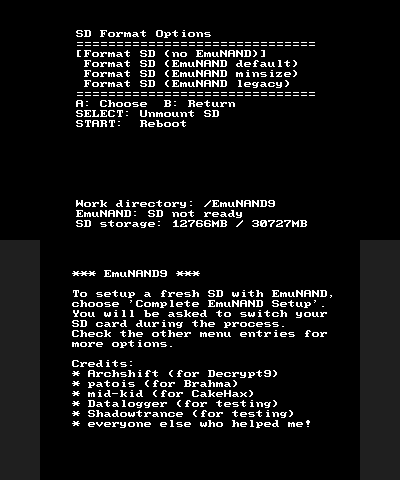 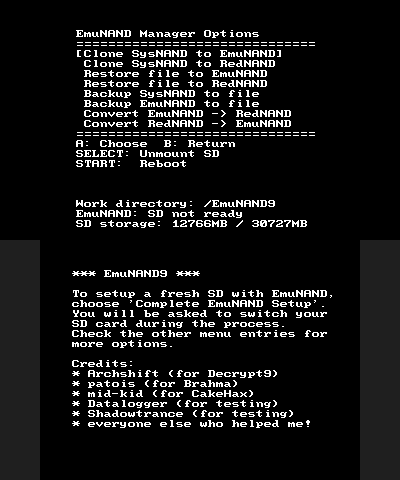