Touch me (I'm famous) is a homebrew game that makes use of the touch screen feature. It's a combination between a shooting game and a rhythm game for the NDS.

To play the game you need to hold the DS vertically, the same way as in Brain Training for instance.

The aim of the game is to blow everything up. You have to tap the enemies with the stylus, but always according to the rhythm: either on the beat (represented by the periodic flash effect) or on the back beat.

A BOMB shows up in case of success.

R - Black and white mode (if pressed at starting the game) 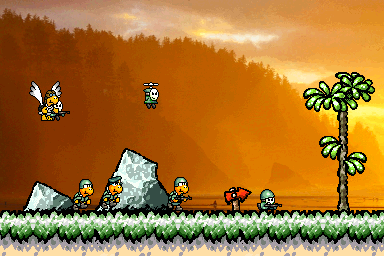 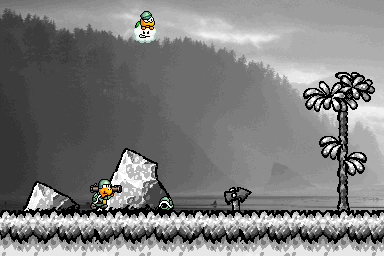 The song heard during the game is a sample from Sweet euphemisms by Soso.