A NDS composer which able to make music with almost any shade, at the speed preferred and with the ability to create melodies that can change whole, pause at any time of its creation.

You can change the top and bottom screen to access all the settings by pressing the arrows in the upper right corner.

Create a sequence of melody: 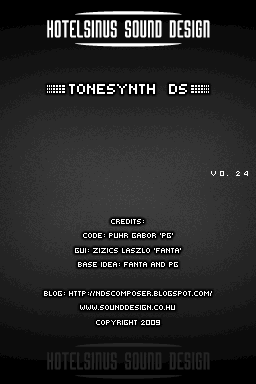 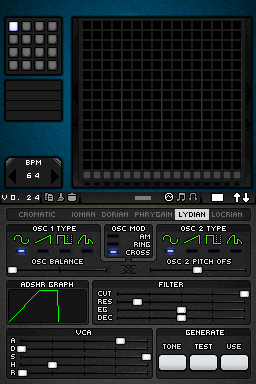