Oil Panic DS is a simulator of the Game & Watch Oil Panic.

The scene takes place in a gas station, as an oil leak from a pipe on the third floor is causing confusion.

Move Station Helper left and right to catch the leaks in his bucket.

Helper's bucket holds three drops. Move Helper out to veranda to pour the oil into the Boss's oil drum on the second floor.

Be careful not to drop oil on the waiting customers.

There is no Chance Time Mode when reaching 300 points, like in the original game.

When the number of misses on either the upper or lower screen reaches 3, the game is over. 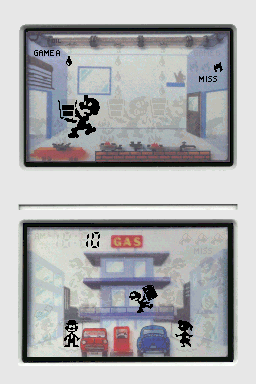 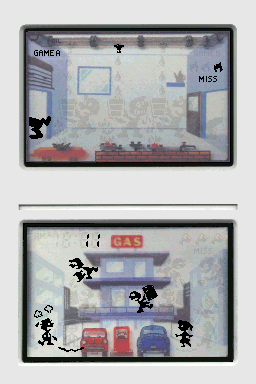