New Zelda (formerly named Zelda DS) is a DS homebrew platformer with an original story, inspired by Zelda and Castlevania. It contains several typical weapons from Zelda such as boomerang, shield, bow, bombs and sword. It is available in Spanish and English.

Most swords attacks are implemented, including normal, in the air, spinning attack on the ground and in the air.

You can use the boomerang in 8 directions. Note that the bomb can inflict damage on your character also. 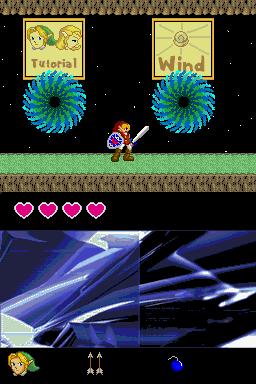 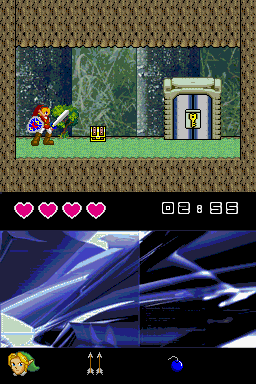 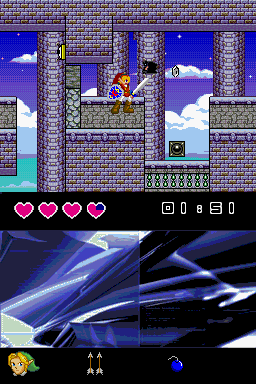 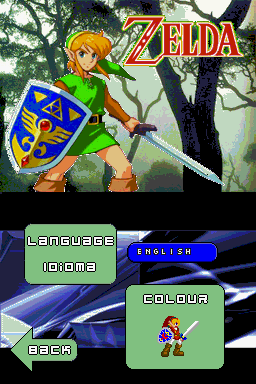 Encounter errors with .mod background music during tutorial level, likely because .mod is not compatible with NDS Hardware.

The animiations when enemies die can hurt Link.