Natura No Story is a DS homebrew platform game with original graphics and a dynamic gameplay. In this demo version, the first 8 levels are included.

It was presented in the NEO Spring Coding Compo 2009, placed 4th under Game section. It was entered in the 2009 best DS homebrew contest.

The homebrew comes with 3 version:

Please use the right version corresponding to your hardware then copy it on your linker.

Note: If you can't go to the second level on slot-2 linkers, use the emulator version instead.

Natura no Story is a platform game with sword fighting and a lot of possible movements such as the ability to grab hold of or jump against walls.

You lead a guy who will do everything to avoid a war between his people and their rivals.

Up+A (then release A) - Special attack 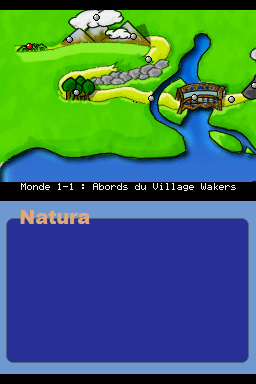 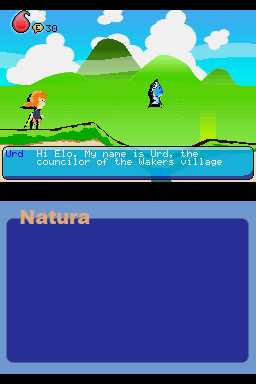 Specials Thanks: #dev-fr, Blash, Mony, Smealum, Box2D and the others.