Lightning is a homebrew action survival-themed game for PSP created by Yosh (aka Hitman_07).

In this game you're a tiny thunder fellow trying to pass through some king of dangerous thunderstorm!

So you just have to avoid incoming lightning bolts as fast as possible.

Getting touched will turn you to neo-blue.

Cross/Start - Continue (if not otherwise specified)

Start/Circle - return to the main screen 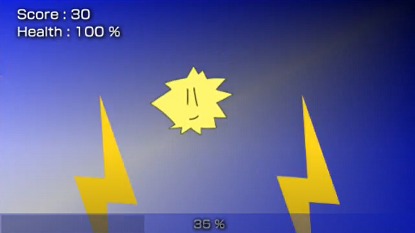