Krystals DS is the revision of NightFox's Colors, the first game written by NightFox for the Nintendo DS in 2008. The game has been rewritten from scratch, with new music and backgrounds, using NightFox's Lib to overcome several bugs and to improve compatibility with more recent flashcards.

It was participated in the Neo Coding Compo 2013 and ranked 3rd.

The main objective of the game is to create groups of 3 or more gems of the same color in any direction. A greater number of stones removed in the same movement, more score.

A new feature has also been added in this remake version where there will never be a token with two gems of the same color, making it more difficult to carry out combos.

Left/Right - Move to the left/right 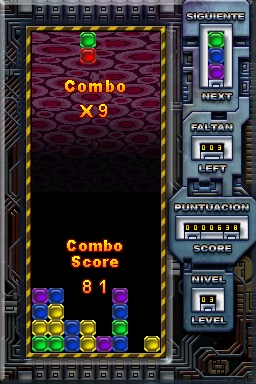 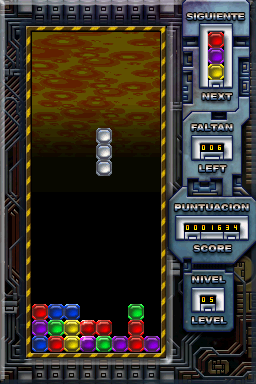 You can play it on a DS emulator for PC, like No$gba or DeSmuME.