Kenny Adventures (Spanish) is a DS homebrew platform game based in the South Park world. This homebrew features Kenny, a character in this animated television series, who always ends up dying for whatever reasons.

There are 4 levels with a final boss.

Control Kenny to pass the rigorous levels, jumping from cliff to cliff to avoid falling into the flames of temptation.

Left/Right - Move back and forth

R - Take all life from the final boss

L+R+Start - Secret level (only works while in level 1) 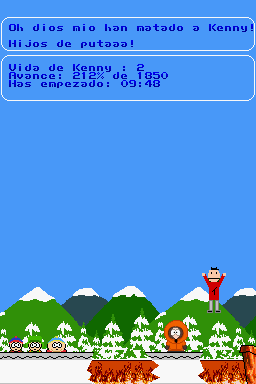 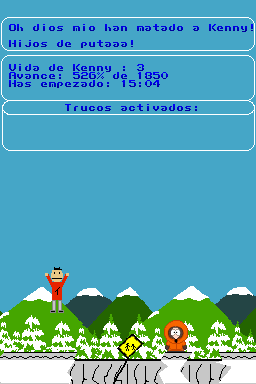