Hector Le Castor (Peter the Beaver) is a Mario-like homebrew game in 2.5D. A large portion of the game is in 3D, and the action takes place on a 2D plan. Everything is done with the libnds, efs and Maxmod.

The game features 3 worlds where you move Hector by controlling buttons and the Stylus. 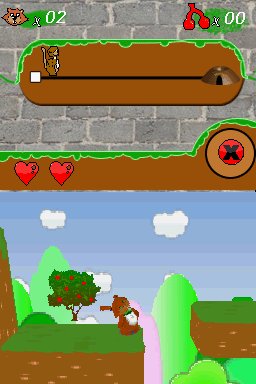 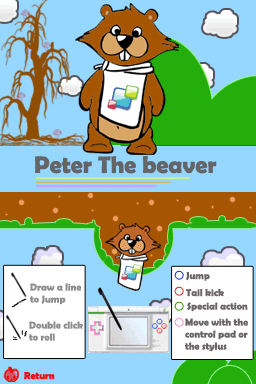 Sometimes it freezes when entering a wall.

The character sometimes walks by itself and does not respond to the jump key.

It also lacks animations and sounds.