cHeretic is a port of Heretic to the Nintendo DS. Developed by Raven Software, it is a dark fantasy first person shooter and released in 1994 by id Software through GT Interactive.

Note: You will need to prepare your own wad file to run this homebrew (or you can use the shareware).

Copy Heretic.wad and cHeretic.nds to the root of your card.

See also this tutorial (by Nikokaro) of how to run new episodes and custom wads using hbmenu.

Evil grows darkest in the shadow. This chapter comes to its evil conclusion with Heretic: Shadow of the Serpent Riders. In a twisted medieval dimension, undead creatures and bestial horrors have done the unthinkable - callously slaughtering your entire race.

But the nightmare has just begun. Wielding ungodly weapons such as the Firemace or Hellstaff and casting spells from the tomes of power, you must seek your vengeance...or die trying.

Tap on the box in the top right corner of the touchscreen to toggle the on-screen keyboard, then type in the codes one letter at a time during the game to use. 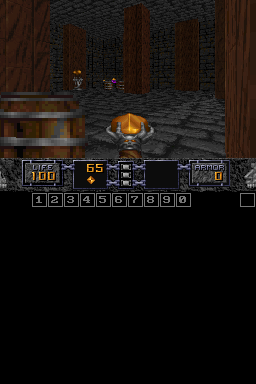 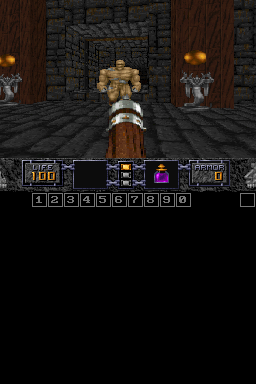 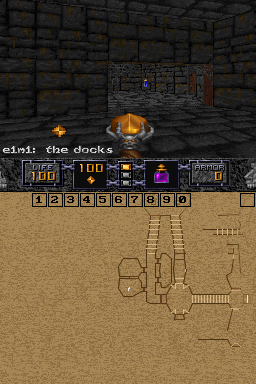 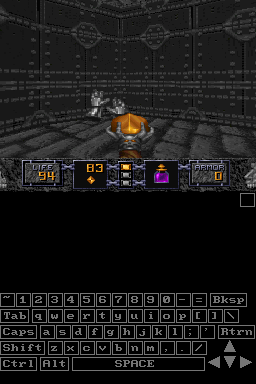 Works on DS Lite and 3DS with flashcard. Not playable from SD slot of DSi.

Game crashes on some custom maps, though you may use cheats to skip the level or certain problematic parts.