Note: You will need the assets from the official releases to run this decompilation.

Release contains 2 builds of the game:

Both builds are available in 3DSX and CIA formats:

Before you can play you need to extract gamefiles from your legally purchased copy of Sonic CD (2011):

You can get the official release of Sonic CD from:

Q. What's the difference between HW and SW builds?

SW builds use software rendering, using the same basic rendering backend that the PC/console ports of Sonic CD used. Rendering is more accurate, and all effects like scanline deformation and realtime palettes are supported. However, its rather CPU-intensive, and requires a N3DS to run at full-speed.

HW builds use a completely custom Citro2D-based backend, using the 3DS's PICA200 to get graphics on-screen, and thus can run at full-speed on O3DS systems, in addition to supporting features like stereosopic 3D, however, certain features like realtime palettes aren't supported.

Q. Why is the port separated into HW and SW builds?

Because that's how the base decomp was set up initially, at the time the port was started.

The plan is to integrate both backends into a single build eventually, however, this probably won't happen until the HW backend is complete.

Q. Why dont some buttons in the menu work?

Buttons like leaderboards & achievements require code to be added to support online functionality & menus (though they are saved anyways), and other buttons like the controls button on PC or privacy button on mobile have no game code and are instead hardcoded through callbacks, and it's not really worth it to go through the effort to decompile all that.

Q. I found a bug/I have a feature request!

You can submit an issue in the issues tab for any request/issue that are exclusive to the 3DS port.

If the issue also occurs on the base decomp (i.e. on PC), you're better off submitting the issue to the main branch.

Q. Is there a port of the Sonic 1/Sonic 2 decompilation?

Q. Why is video playback so slow?

You're going to want to scale down your videos for them to run well on 3DS.

You can find pre-scaled versions of the videos here. 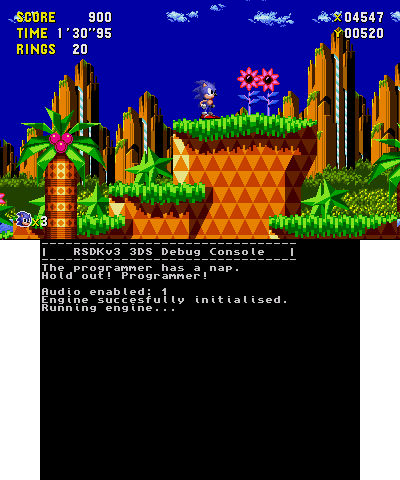 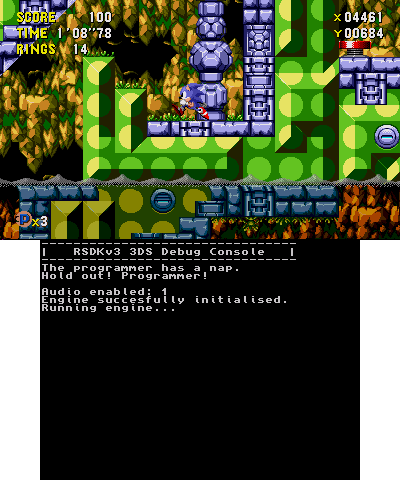 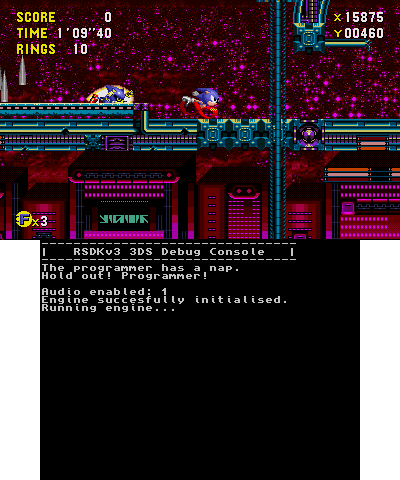 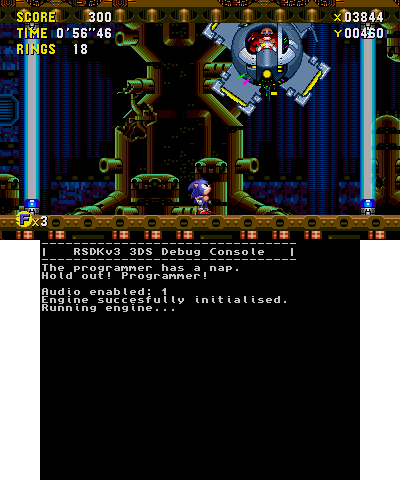