This plugin is created using RyDog199's blankCheatMenu base, which in turn was based off Nanquitas's work.

How to use NTR plugins

For o3DS user, you will need the mode-3 version of BootNTR Selector.

After installing it and going through setup, you'll have a plugin folder on your SD card.

To add plugins, copy the two game folders from the download into that plugin folder.

For o3DS you will need the reduced file size version labeled for old3DS, and launch it using Mode 3.

NTR lasts until you restart the 3DS.

All codes that could make illegal Pokémon that could not be traded or battled online were previously removed. They are now added in but with a large disclaimer. The Spawner code can make legal Pokémon if attention is taken to location, level, and form of spawned Pokémon.

This is a work in progress and a learning exercise. The GateShark cheats these codes were derived from can be found in the resources folder. 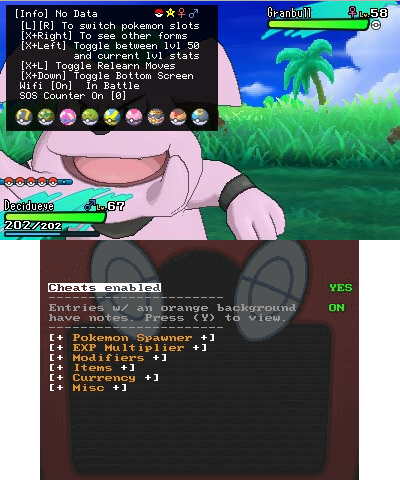 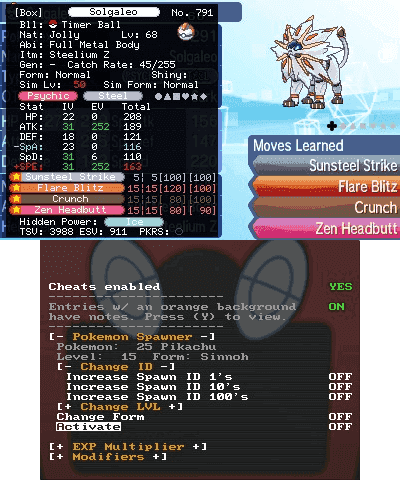 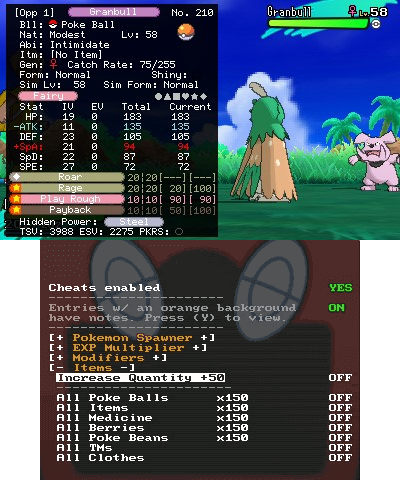 And the PKHeX team, whose source provided insight into item management and alternate forms.