This is a port of Angband for the Nintendo DS and Nintendo 3DS, a dungeon-crawling roguelike that is marginally based off of the Angband port made by Immir.

Copy the .3dsx file and put it somewhere on your SD card where you can launch it.

Also you will need to extract angband.zip, which contains the gamefile, to your SD card so that you have an angband folder in its root.

To avoid having to use the on-screen keyboard for everything, the game allows for mapping certain button combinations to sequences of up to 10 keyboard inputs. In addition to the standard movement directions on the D-Pad, the following keys are mapped by default:

To add custom keys to the on-screen keyboard, you can create the file /angband/nds/screen-keys.txt on the SD card. 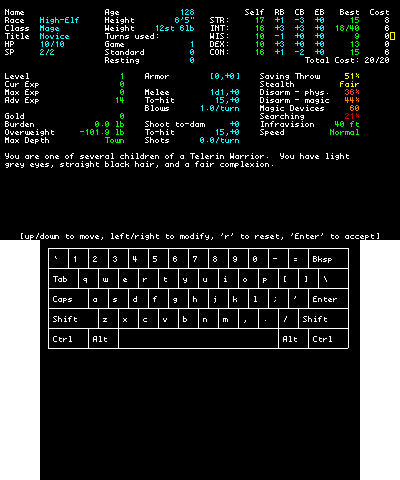 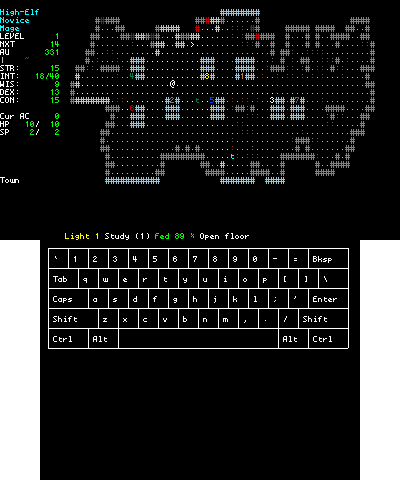