Ultimate GBC VC Injector for 3DS is a Windows tool that can take a Color Gameboy backup file and converts it to an installable CIA for your 3DS with CFW.

Note: This utility has been integrated into New Super Ultimate Injector.

Requires Microsoft .NET framework 4.5 to use.

Press the Finish button to generate the CIA file. Then you can install it using any CIA manager. 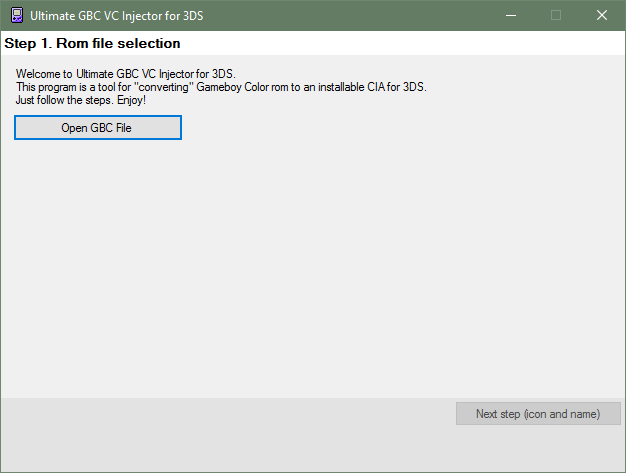 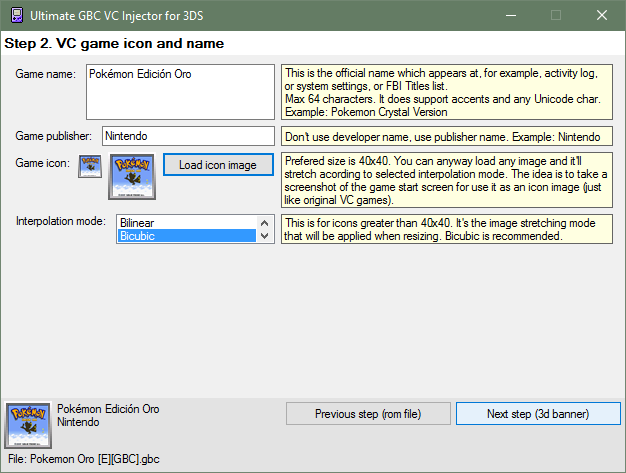 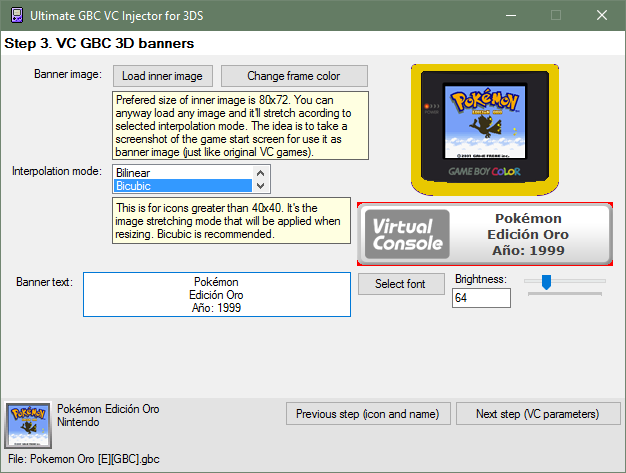 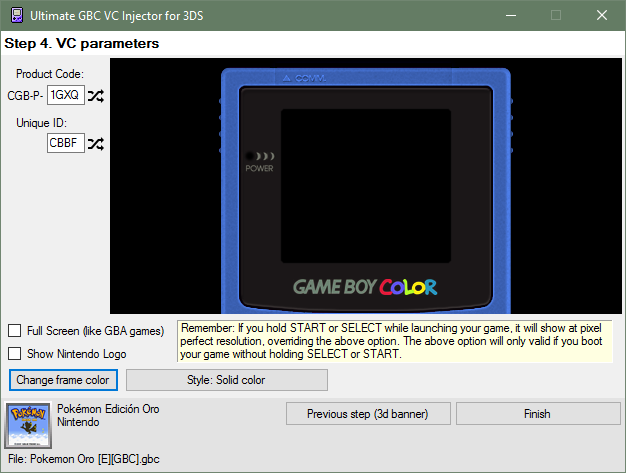 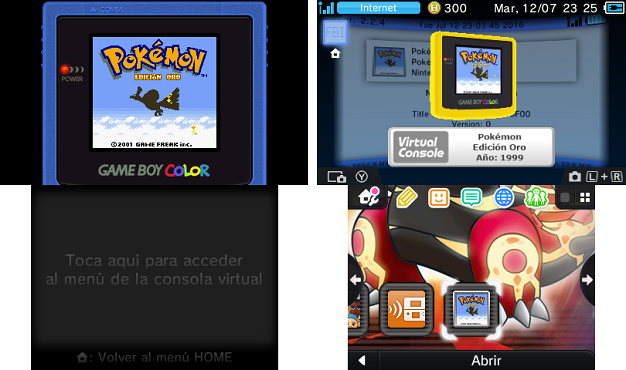