New Super Ultimate Injector 3DS (also known as NSUI) is an application that allows you to inject Nes, Snes, GameBoy, GameBoy Colour, GameBoy Advance, Mega Drive, Game Gear and TurbiGrafx 16 roms in to the 3DS, allowing roms of games from these popular classic consoles to be loaded from the 3DS home screen.

This is something which has been possible for a number of years now, however advancements have been made with GBA game injection. Its now possible to inject games which use 128k saves and the RTC (real time clock) such as Pokemon without having to patch the rom to get the game to save.

The tutorial is based on this guide ​of making VC inject of Pokemon Emerald for the Game Boy Advance. Broadly speaking, the steps will not differ too much for other supported VC injectable consoles.

It can then be installed to your console via FBI, which by this point you should already have. 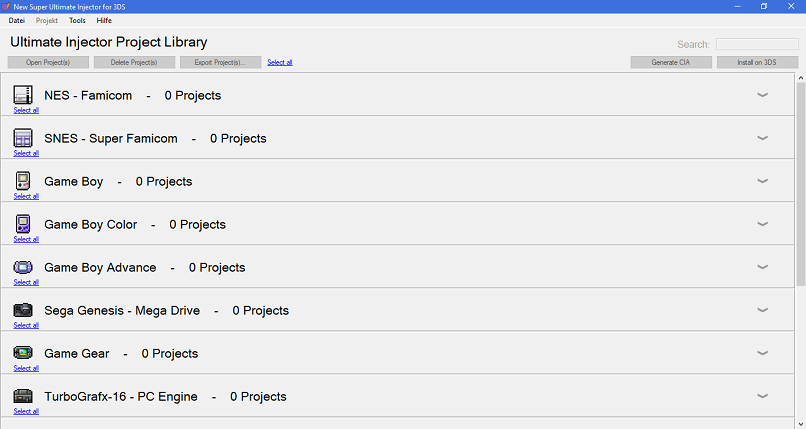