This port is created using OpenGL, based on the the PC version of the game.

Place the .3dsx wherever you store your homebrew and launch it from the Homebrew Launcher.

The game will create a folder in that directory where it stores the configuration file.

Also, make sure your DSP is dumped (dspfirm.cdc), otherwise audio will not work.

In this game, you can currently either access the debug overworld room or the enemy menu.

In the debug room, you can walk around, interact with some objects and also fight Mr. Batty.

In the enemy menu, you can select an enemy you would like to fight, and also modify the structure of your party.

Some of the enemies are custom, while others are recreated from Mother 3. 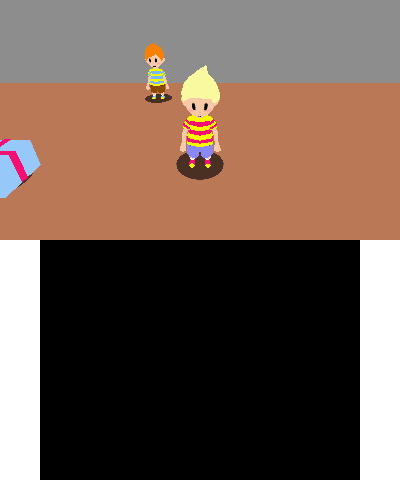 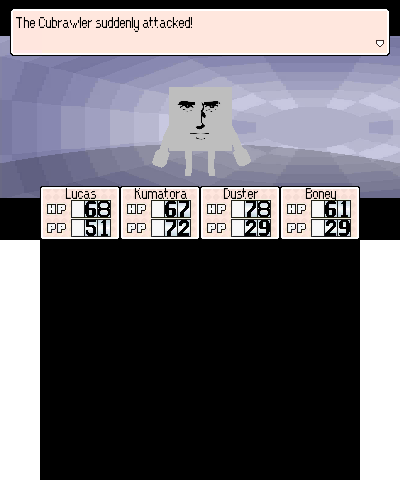 Recommend playing on a N3DS. Performance on the O3DS is playable, but not great.