Mario VS Luigi is a DS homebrew fighting game that puts a duel between Mario and Luigi, inspired by Mario & Luigi: Journey to the Center of Bowser.

Fight against your opponent with an assortment of weapons and objects, every items has different effects and powers.

Choose an option for each turn. After you made the decision, it passes to the opponent, the game will continue until one of the character's life reaches 0, at which point loses consciousness and no longer able to continue the fight.

Up/Down - Select in the object menu

X/B - Select in the object menu 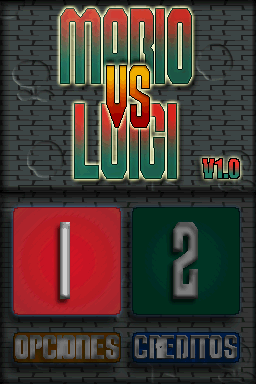 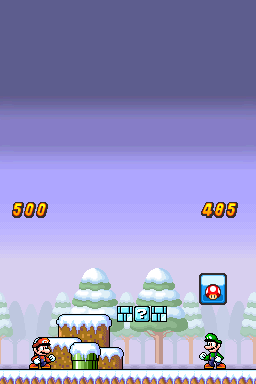