Mario BroDS is a handeld simulator of MarioBros Game&Watch for Nintendo DS. The game is written using PALib and most of the graphics are taken from a port that MADrigal made years ago for Windows.

Mario is back in action with his brother Luigi, working in a bottling plant, loading cases on a belt conveyor. The game is played on two screen, The cases loaded on the right screen are carried to the left screen, and vice versa.

A - Start game on easy

B - Start game on hard 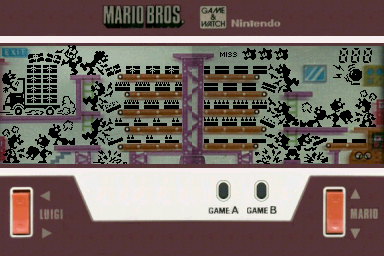 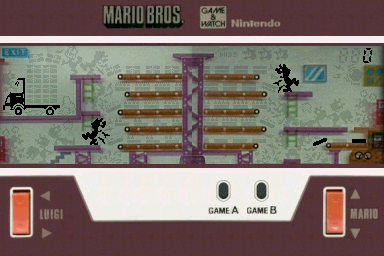