Darkster is a DS homebrew action game using the setting and character images from Nintendo.

Put the game (extension .nds) in the folder where your games are.

Put the Darkster folder in the root of your card, it is essential that you put it in the root, not in another directory.

Some of the special moves/attacks require SP, otherwise it is not performed.

L - Dash to the side

Select - Return to the character menu 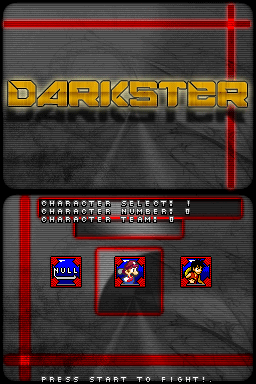 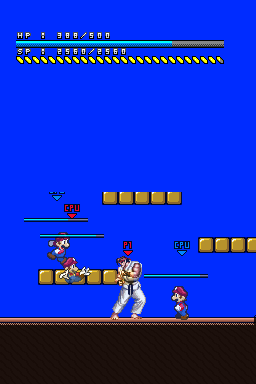 In the right of the screen the shadow of the stage is not generated correctly.

Sometimes the scenario does not load correctly, it is solved by pressing Start.

The CPU of your same computer sometimes does not know what to do and crashes.