The shell was later modified and released as Cristal Sky (available in Spanish, English and also Portuguese), a more refined copyright free edition of Cristal Vista.

This was one of the contest entries for the Neo Retro Coding Compo 2010 (Retro APP, 9th place) and the Scenery Beta 2010 (PSP Applications).

Note: Due to being a copyright free edition, some features have been removed in the remake version Cristal Sky and the latest DEMO version of Cristal Vista. You can find most of the listed features from Cristal Vista Portable v251209CVP, which is an older release and only available in Spanish.

Install any version you would like to use on your PSP and execute it form your XMB.

Use it just like PC. The interface closely resembles Windows Vista desktop screen with elements including a taskbar, icons for several applications, start menu and sidebar.

By installing Cristal Vista, you will have access to certain pre-installed applications and games (such as Paint, Minesweeper and Solitaire).

You can extend Cristal Vista by downloading applications or games from the internet and installing them.

You can find a full tutorial from the offical website or here (in Spanish). 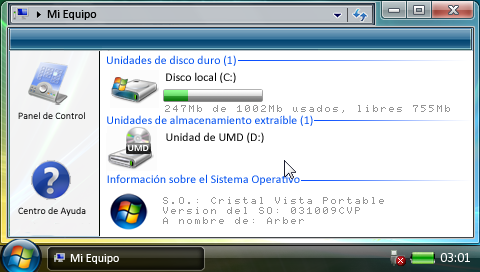 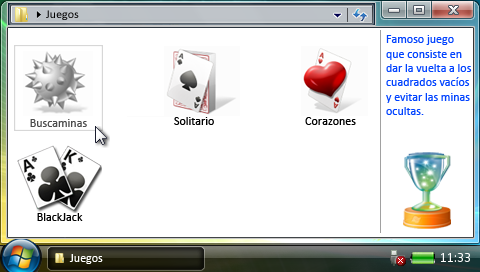 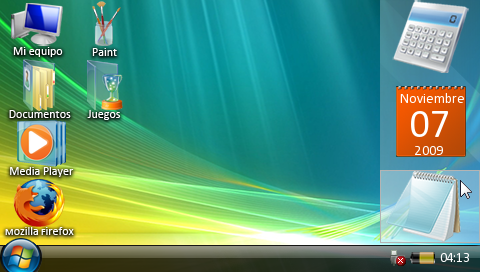