Cristal Sky is a PSP shell that simulates the Windows Vista Operating System coded by Miguel Arber (aka Arbr).

This was one of the contest entries for the Neo Retro Coding Compo 2010 (Retro APP, 9th place) and the Scenery Beta 2010 (PSP Applications, 1st place).

Install it on your PSP and execute it form your XMB.

Use it just like PC. The desktop screen has elements including a taskbar, icons for several applications, start menu and sidebar.

You can find a full tutorial from the official website or here (in Spanish). 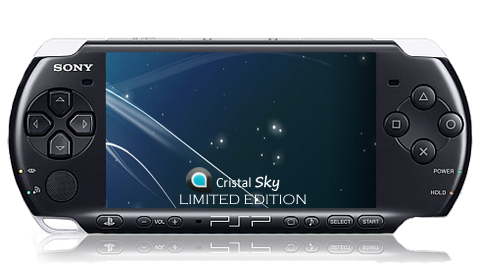 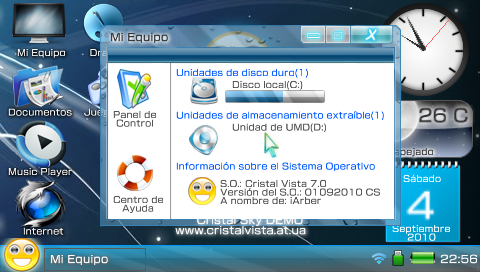