Zelda OLB for 3DS is a port of a Zelda fan game, Zelda Oni Link Begins from the Zelda ROTH Trilogy.

The Legend of Zelda: Return of the Hylian, Oni-Link Begins and Time to Triumph is a trilogy of fan games that take place after the events of A Link to the Past. Originally made in French in C++ by Vincent Jouillat, it was translated to English by Lobaluz. The games utilizes many graphics and pieces of music from A Link to the Past. The Trilogy has been released in English, introducing a past, present, and future concept using the Ocarina.

Alternatively install the cia file with a CIA manager of your choice. All the resources are included in the executable using romfs.

The game creates a ZeldaOLB subfolder inside the 3ds folder if doesn't exist. Here will be saved your game progresses.

Struck with a terrible curse since his recent victory over the Dark Lord, Link transforms day after day into an overpowered creature of destructive power by the name of Oni Link.

The latter indicates to him his ultimate hope; a portal to a secret world...

Zelda ROTH Trilogy has been ported to 3DS by Nop90:

B - Use sword, (hold B then release) Spin attack

Select - Save, Quit, Close the game (from the title screen) 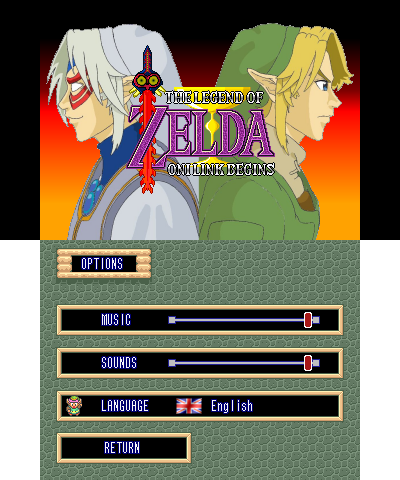 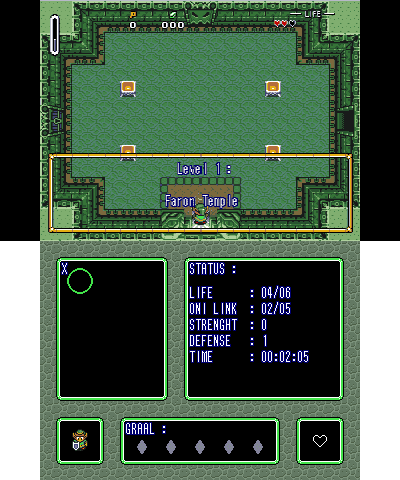