Take the BALL is a homebrew skill game with unlockable contents and multiple customization options, coded by Federico (aka fede94boss).

Unzip the archive and copy the folder Take the Ball in X:/PSP/GAME/, where X mean the letter of your PSP memory from your PC.

The purpose of the game is to catch the ball running on a grid and stop it within the rectangle.

If you stop the ball when it isn't inside the rectangle you will lose a life, when your lives reach 0 you will have to start all over again.

There are 20 levels in total.

It also offers a range of customization options including the ability to change CPU speed of the game, custom background music, 10 different designs for the balls and 30 wallpapers.

Replace the song from System/resources/music/ with one that you like.

The song must be in MP3 format, and must have the same name (SND1). 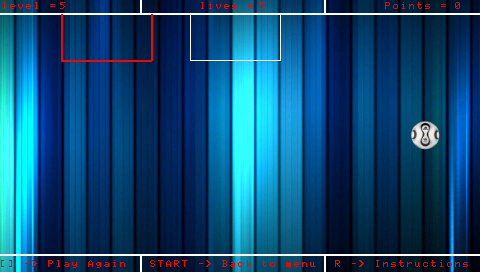 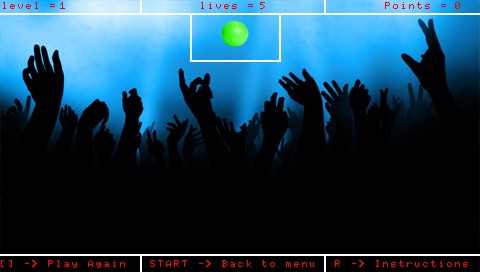