T-Rex game DS is a remake of the T-Rex Runner game from Google Chrome for the Nintendo DS. It is a runner game that can be accessed when Chrome browser is offline, also known as Dinosaur Game or Chrome Dino.

Play as the Lonely T-Rex running across a desert landscape.

Avoid oncoming obstacles including cacti and pterodactyls by jumping or ducking. 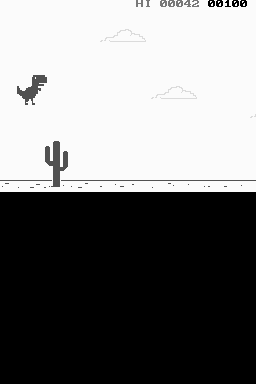 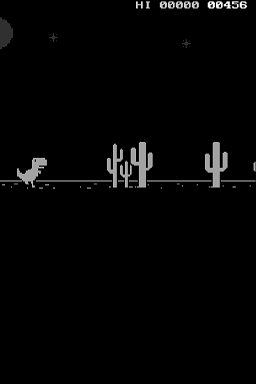 Can run on emulator such as melonDS.

For a real Nintendo DS, you will need a R4 linker, may not work on other linker like M3DS REAL.