Sonic Rage, formerly known as Sonic Rumble, is a beat'em all homebrew game programmed by Blabla for the NDS. The latest version is Beta2 and developement has been cancelled. It contains 2 world with 3 playable characters.

Note: You must have ML3 prerelease and luads400.nds (which is in the game) for the launch.

To install, copy .nds file to the root directory of the card.

The Dr.Robonik wants to take revenge and Sonic will have to fight without his hand speed against spam.

A - Change the scenes before the boss 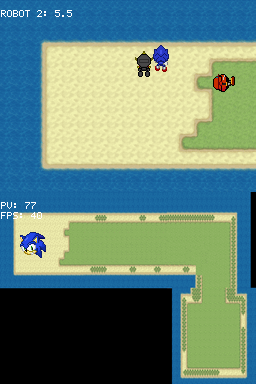 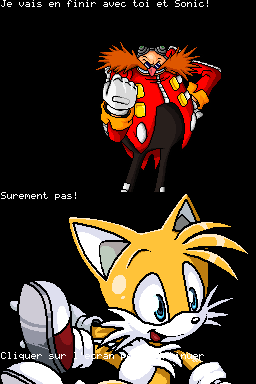