Smash Bros Ultimate is an adaptation of fighting game Smash Bros for the NDS. There are two versions provided (EFS and FAT) for better compatibility with linkers.

Load the rom from DSOrganize or use SSBULoad.

If you have previous version installed, delete the homebrew and its folder (if you used SSBULoad as well), add the new folder and the new .nds.

"Ever wanted to be able to play an authentic fighting game with your characters in the Ds, but you never liked the use of percentage to kill, because this game has what you need, a system of life bars with percentage according to life, this is already much better."

The main features that this Smash distinguish this from other versions includes: 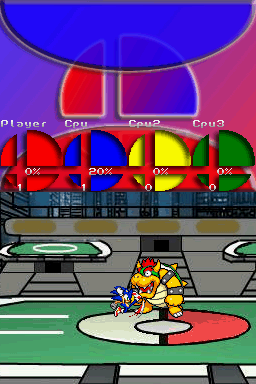