Samurai Kirby is a clone of the minigame found in Kirby Super Star for the Super Nintendo Entertainment System.

You can face not only Metaknight in a game of quick draw, but also Echo (character from Game Boy).

When the opponent shows a sign of movement, quickly draw your weapon and prepare to attack.

Once the timer ran out (the Draw Timer), the other countdown will begin (the Attack Timer).

The bad guy sprite will animate just before he attacks, and that is you chance to attack.

If that timer reached 0 and you didn't draw, the game is over.

Start - Next level, Back to title screen, Easy mode

A - Draw weapon and attack 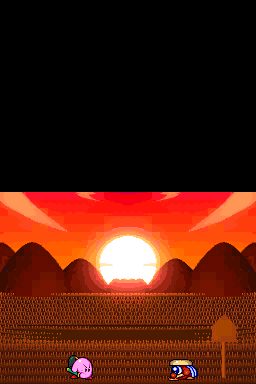 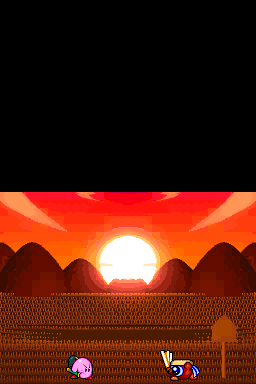