Rythm Engine: Rythm Box Mod, or RE:RBM, is a rhythm shooter game. The project was initially started out as a Dance-Dance Revolution clone and is written by Brick (aka BrickDev). The game comes with different degrees of difficulty with enemies, AI, and power-ups.

It was participated in the PSP-Hacks Homebrew Idol in 2008.

The objective of the game is to bounce your cube off the flashing walls while keeping in sync with the beat, and destory all the enemies with bullets and bombs.

Difficulty of each level is incdicated at the end of the title.

There are 2 health bars on the top right corner of the screen. You will lose health on the upper one if you are attacked by enemies; the lower one is the rhythm bar which will increase when you hit the boundary of the rhythm wall, and vice versa.

During the game you will come across several type of power-ups (cubes with letters). By collecting them you can replenish the health bar, obtain new weapons and bomb. 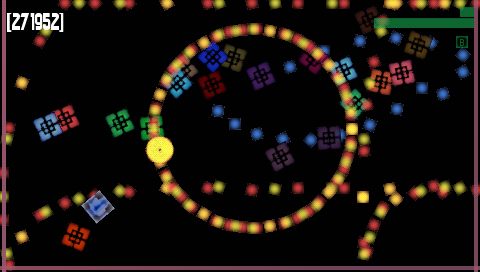 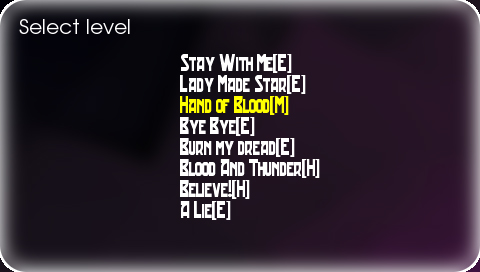