Rocket Video Player is a video player for the NDS. It plays video files with an extension called .rvid, bringing you the ultimate in picture quality, thanks to it's lossless frame data.

There are no plans on updating this. Please use the MPEG4 Player by Gericom instead (included in TWiLight Menu++).​

Converting the sound (If your video has audio): Left - Jump back to beginning 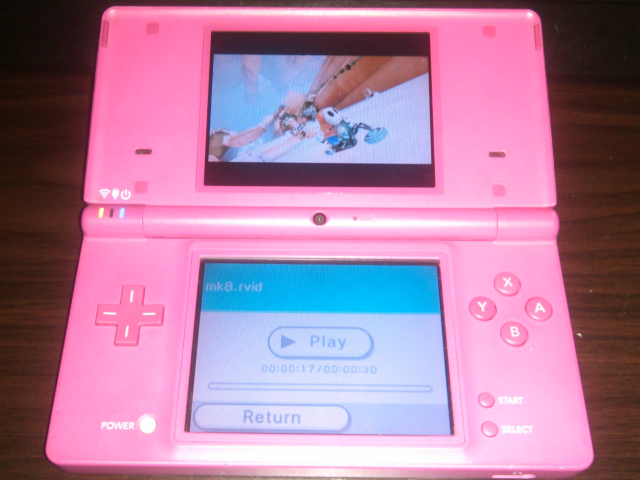 Audio will desync after a few minutes. Likely due to the player processing the videos at 24 FPS, instead of 23.976 FPS.

The video will freeze from time to time. You'll have to close the lid and open it again, to resume playback.