Note: You can also find phoneMEFeature PSP porting from another project pspkvm.

Extract the zip to PSP's /PSP/GAME/.

If you want MIDI support, extract midi_res.zip to PSP's /PSP/GAME/PSPME/.

Input the full path name of the JAR file. For example: ms0:/abc.jar, means to install MIDlet from abc.jar which is copied to root directory of Memory Stick.

Click Right Soft-button and select "2 Go to" from the popup menu, then follow the steps on screen.

You can't use Qwerty input method on PSP since it's lack of standard keyboard, but there's still other input methods available.

In any text input sence, you can popup the menu by Right Soft-button, and change to another input method.

It is suggested to use "abc" to input alphabetics, just like you've done on your phone, input english characters by 0~9,#,* keypad.

In an application, press L+R will put current running MIDlet to background, and AMS screen will be shown.

The background running MIDlet is shown in high-lighted, and you can choose another MIDlet to run without stop the previous MIDlet.

To bring a background running MIDlet to foreground, just click the MIDlet item from AMS is ok. 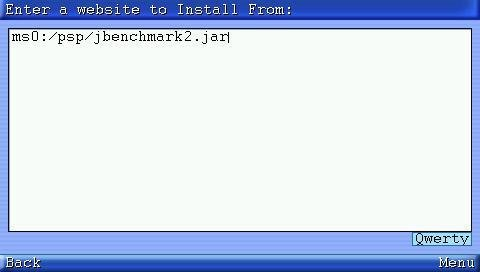 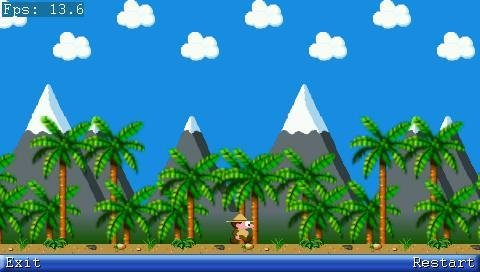