Pizza Worm DS is a port of Pizza Worm on NDS, which was originally released for PC.

Place the highscores file PWORM.000 in the root of card.

It uses the alpha version of chishm's libfat, so since it's alpha it is advised to backup you card first.

Pizza Worm is an old game where you play as a worm that eats pizza and grows bigger.

Unlike other similar games, the worm can turn and rotate in any angle. 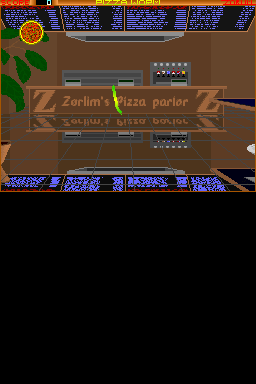 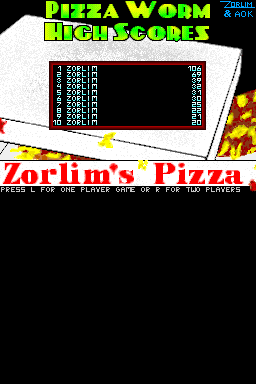