nullDC is a Dreamcast emulator for PSP, written in C++.

The emulator was originally developed in 2008 by drk//Raziel (aka skmp). The source code was lost for many years; it was finally compiled and restored by xiro and hlide in 2021. It is currently in an experimental stage.

These DC Bios files are needed in the data folder:

Only games in the .gdi format are supported for now. Place the files for each individual game within a separate folder, and move the folder to /nullDC-PSP/discs/.

The list of available games will then appear when you boot the emulator.

Note: The on-screen frame rate is calculated through Vblank - which does not always correspond to the actual frame rate.

Triangle (as the emulator is botting) - Start the Dreamcast bios 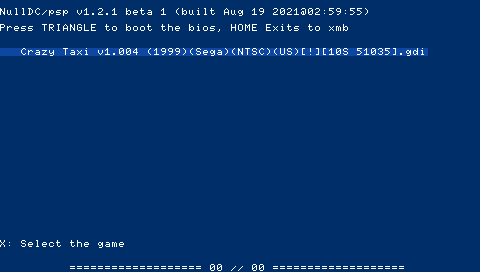 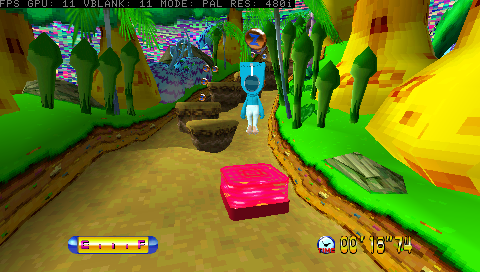 NullDCPSP requires 64 Mb of memory to function. Because of that, it is only compatible with PSP-2000 (slim model) or above.

Many games are playable but low FPS. No sound support.