To apply the patch:

If you're unable to run the program:

Q. The game crashes at any moment.

If you're playing the game on any of the mentioned compatible flashcarts, try to back up and format your SD card using the SD Association's card formatter.

Q. The game is slow!

Generally, this means your computer is not powerful enough to run DS emulators. Nevertheless, below follows a list of fixes.

Q. The patcher says my ROM is unsupported!

Your ROM might be not a clean New Super Mario Bros. ROM, or you might have not unpacked all the xdelta patches fom the .zip properly.

Please note that since 1.05, it no longer supports trimmed ROMs, and ROMs from regions other than Japan, Europe, America, Korea and China have never been supported. 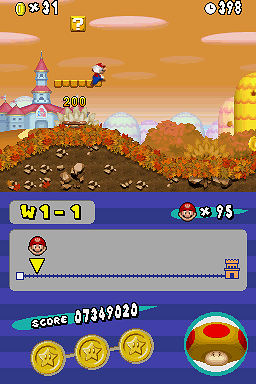 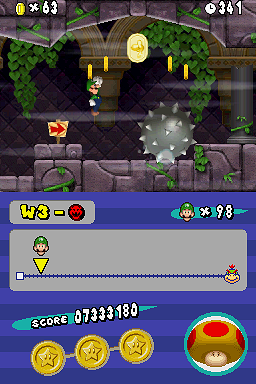 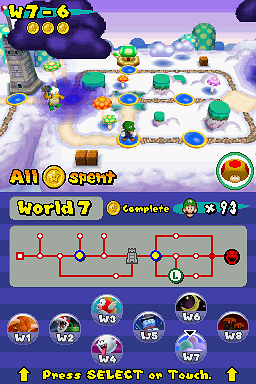 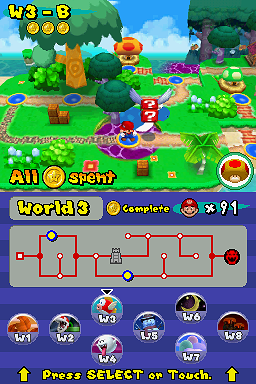 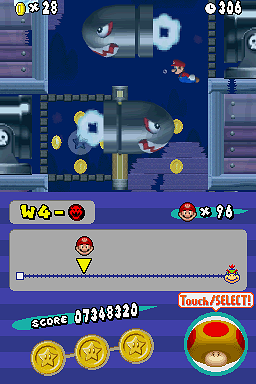 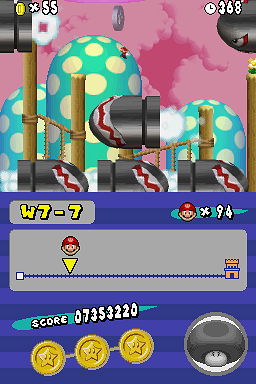 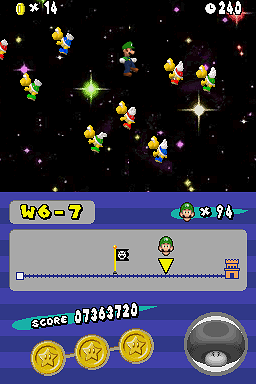 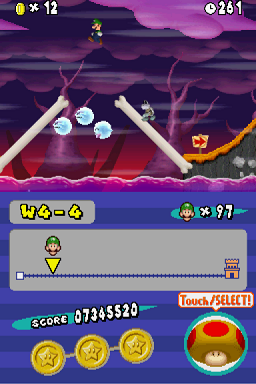 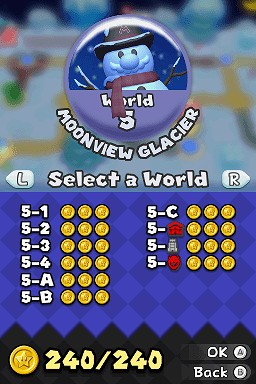 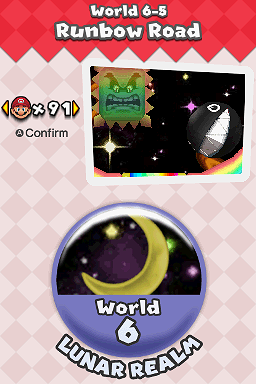 DeSmuMe 0.9.11 (requires a hefty computer to run smoothly, make sure dynamic recompilation is checked in emu settings)
MelonDS 0.9.1 (works with sound problems and slight slowdown at times)
Medusa (worked on the first alpha release; does not anymore)
DraStic for Android (works perfectly)
OpenEmu for macOS (works perfectly)
No$GBA 2.7+ (works but many 3D graphical elements don't work, not recommended)
Wii U Virtual Console - HachiHachi (you may want to adjust the emulator's brightness in configuration_cafe.json file)