Multi View is a 3D first person platformer on the NDS.

This homebrew was an entry for the Nintendomax DS Competition 2010 (in the 4th place).

Make your way through a world of cubes. Why cubes? Because it is a world full of cubes, sqaure platforms which are all in 3D.

This means that you need to pay attention to both screens simultaneously as you play.

Score goes up when you find the black cubes. 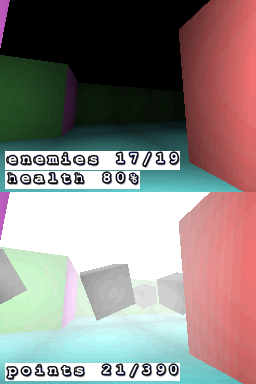 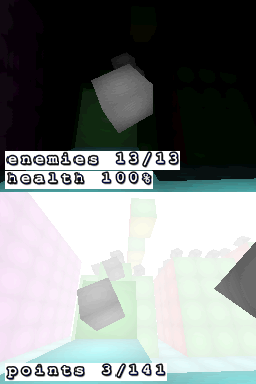