MineSweeper3D is an open source homebrew recreation of Minesweeper in C++ for the 3DS, but with a first person view (not in the sense of a cubic grid).

Your goal is to locate all the hidden mines on the field as quickly as possible, by observing the numbers shown on the grids.

Each number indicates the total amounts of bombs surrounding the particular number.

Once you decide where the mines are, place the flags on it. You can reveal all the safe spots by clicking them, however you will lose the game if you click on a mine/bomb.

X - Edit the width of the level

Y - Edit the height of the level

B - Edit the percentage of bombs

A - Launch the game

R - Reveal a square, Back to the level edition screen (after game over)

L - Plant a flag, Back to the level edition screen (after game over) 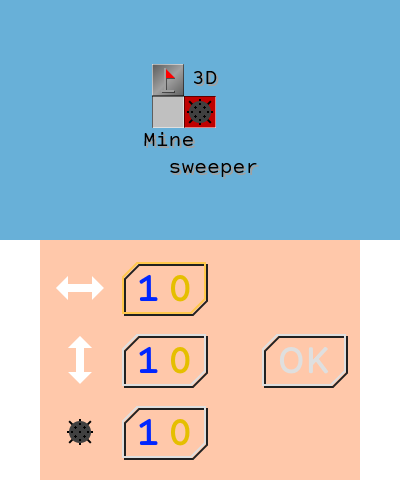 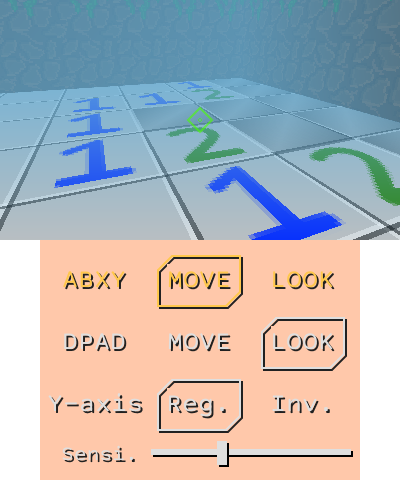 Many thanks to the libctru, citro3d, and citro2d maintainers and contributors for the amazing libraries.

Even more thanks to fincs specifically for the 3DS examples of using citro3d, they were a lot of help.