Mad City is a remake of the Amstrad CPC6128 game from 1985, named The City Hellish. It is a turn-based game with different difficulty modes, to view the facilities upon completion and able to upload scores to the network. This homebrew is available in English and French.

The aim is to escape the city with your car, from the south to the north.

Challenges await as you gradually empty the tank, wear out the wheels and the engine.

There is no map however the screen will show you different paths that you can take, which will lead to different outcomes: you may get robbed; asked to pay a fine in order to pass (you would go to jail if you refuse); if there is a facility (a workshop, a roadblock) or people, you may interact to read dialogue, repair your car and refuel.

You lost the game if you fail to escape or your car can no longer run.

Stylus - Select the facilities you want to see (after losing the game), Select whether to upload score

A - Interact with the place, advance dialogue 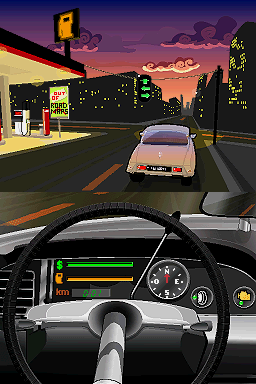 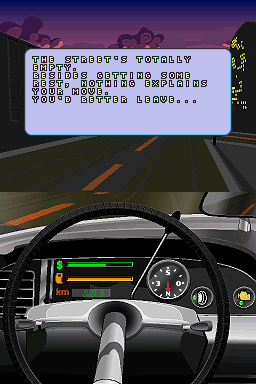 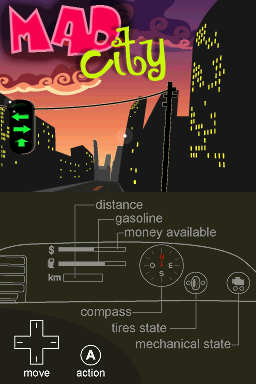 Works on emulator such as No$gba.