Lil' Fighter is a beat' em up action game based on the computer game Little Fighter 2 created in 1999.

It was submitted to the PXP Homebrew Competition in 2007.

The PSP homebrew version can be installed by copying the folder Lil' Fighter to ms0:/PSP/GAME/.

Custom Firmware users, likewise, should put it in ms0:/PSP/GAME150/. 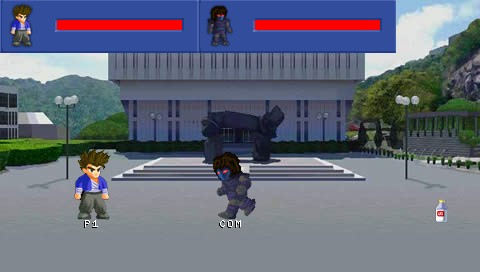 Sprites and sound by http://www.lf2.net.