Light Cycle Clone is an arcade action game for PSP based on the light cycle race from tron and inspired by flash game Fl Tron. The game has a 2-player game mode (on the same PSP) and single player mode.

It has been entered to the PSP-Hacks Homebrew Idol in 2008.

Copy the LightCycleClone folder to GAME on your psp.

The game simulates a motorcycle test of multiple participants, in which you have to block your opponents in an area and corner them within a wall created by the tail of your motorcycle. The motorcycles cannot stop and will be eliminated when they collide.

Music player was added in the latest release and it loads MP3 from your /PSP/MUSIC/ folder. 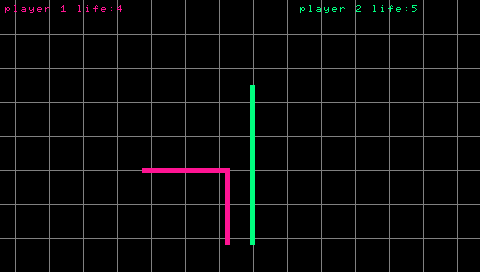