LabKillHomer3D is a maze game released by pspflashsystem and is available on both PSP and PC. The homebrew is coded using PFST3DEngine, a game engine also made by the same creator.

It is featured at the PSP-Hacks Homebrew Idol 2 competition in 2009.

Your goal is to leave the labyrinth. For this, you must kill Homer Simpson else you won't be able to leave this labyrinth. Besides, there is a minimap to assist you.

You can create your map in this mode using these elements: wall, empty space, player, Homer and exit.

Start - Back to menu 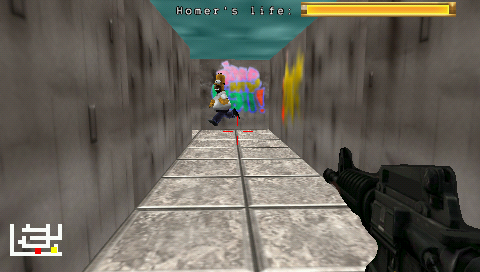 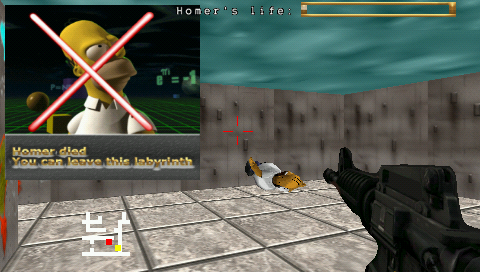 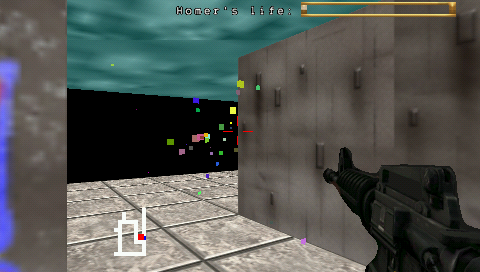 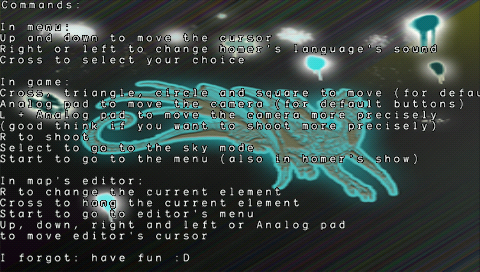