JessballDS is a Jezzball clone from the Microsoft entertainment Pack, which was originally created in 1992 by Dima Pavlosky.

The goal is to eliminate as many of the squares as possible by isolating them from the area, without having your colorful cutter destroyed by the moving balls.

You can move the arrow tool with either the Stylus or D-pad, changing direction (horizontal or vertical) with the shoulder buttons.

Tapping the arrow tool or pressing the A button will deploy the cutter. Sound and speed are togglable from an options menu.

B or L/R - Switch cursor orientation 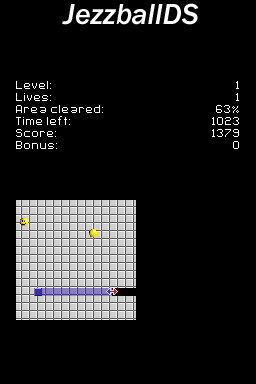 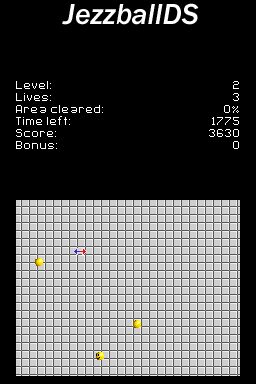 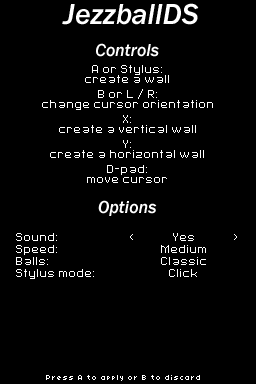 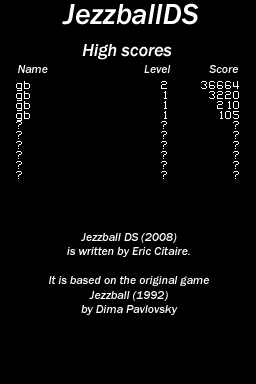