Innocence is based on the Hatsune Miku vocaloid synthesizer software, as a program that you input to and it churns out a synthesized song, with Hatsune Miku singing it.

In Innocence, you input strokes and waves on the touchscreen of the DS, and that translates to music created on Miku's little instrument.

Hit a button and you can jam on some J-Pop.

A - Invalid (implements the video display of Innocence)

B - Invalid (implements the stop of video display of Innocence)

X - Change visualization on the Guitar

Y - Change orientation of the scale (when started: Bass - Treble) 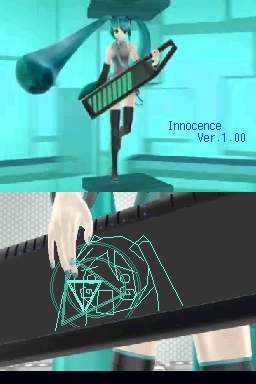 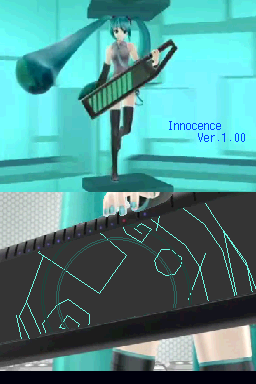 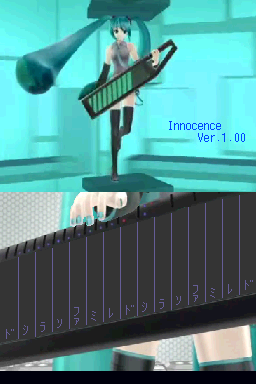 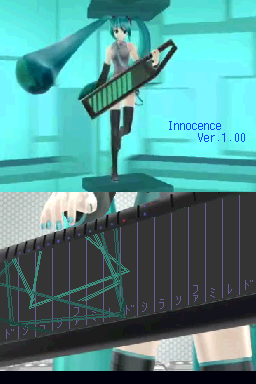