IkuReader is an e-book reader for Nintendo DS.

Copy data folder to the root of your memory card.

Copy iku.nds and books where you want to.

To add your own fonts, copy them to data/ikureader/fonts. Each font consists of 3 files: normal, bold and italic. Pay attention to the naming.

Q. What to do if one of my screens is blurred?

There is sharpness button in the menu just for that.

Q. I see wrong charaters in some files. What to do?

Make sure your ebooks are UTF-8 encoded. You can do so by opening them in windows notepad and saving them as files with UTF-8 encoding.
For fb2 books you also should correct declaration. ebubs are by default in UTF-8, but epub format is not properly supported. 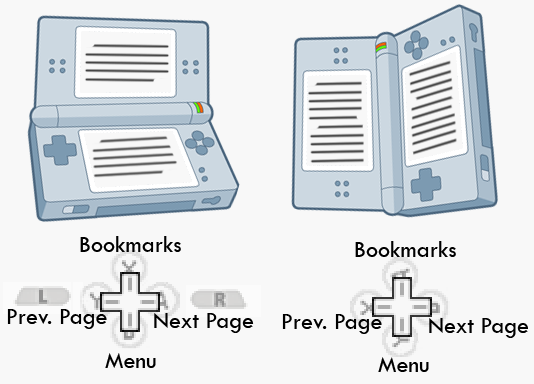