Hokuto No Doom is a homebrew 3D first-person action game for the NDS. It is an adaptation of the Hokuto No Ken comic/TV animation, also known as Fist of the North Star, into the Doom engine.

It is based upon DS Doom version 1.1.2 (port of PrBoom to the NDS) and is a complete adaptation of the Doom episode 1 resources: new textures, new objects, new sprites, new weapons, new sounds, news musics, etc.

The game is available in English and French.

Copy all the following files to your card (in the same directory):

Select Standard Game from the initial menu to start a single player game.

At the end of the second millenium, the world was devastated by a nuclear explosion... On this planet ruled by fear, Kenshiro fights to find Yuria, his fiancee kidnapped by Shin.

The game action takes place on the touch screen, allowing you to look. On the other hand, on the top screen shows the mapping and the typical Doom bar where you view the states of your character.

It has a multiplayer option via wifi. 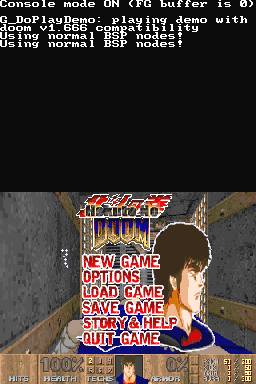 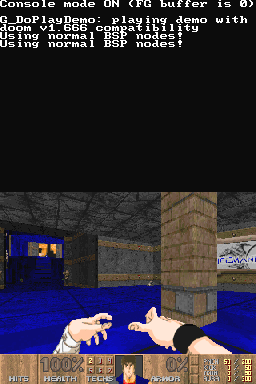 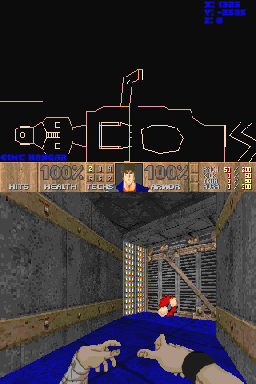 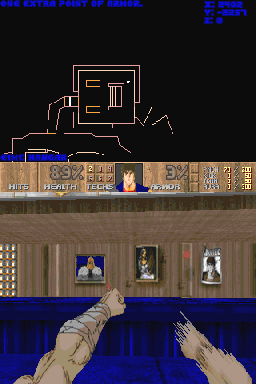 As sprites are bigger in order to respect original comic/Tv animation, heads may be cut by the ceilings on OpenGL port:

It is advised not to play in Fast Monster mode as SARG caracter didn't have a speed matching with the original TV animation one.