It was presented in the NEO Spring Coding Compo 2006, ranked 9th.

You're looking for the evil girl who kidnapped the king, and your mission is to track her down. but OH! she's hiding behind a locked door which can only be opened by solving the labyrinth and finding all three keys (the small tables).

It doesn't matter which one you go to first, the whole map goes around so just be calm and play it in your own pace.

It will take some skills to complete this version.

The goal is to find three minor monuments, when all three are found...

Tap character - Attack where he stands 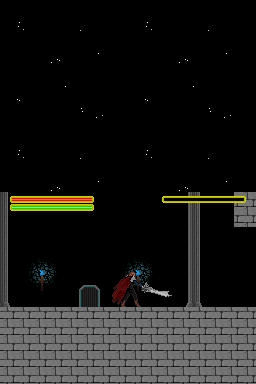 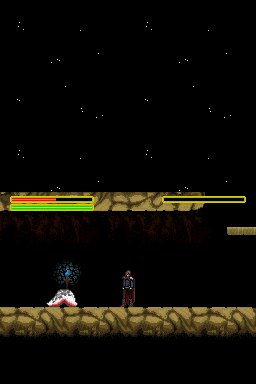